Page 9
All of the later writings of the Bāb were designated by the term Bayān , meaning
Utterance or Exposition . The Bayān is a conglomeration of doxologies , mystical
rhapsodies , admonitions , expositions , precepts , and doctrines , and much of it
...
Page 34
The meaning here seems to be that anyone who claims command before the end
of a thousand years is a false prophet . ... the claim that he is a new Manifestation
, and the interpretation of a “ thousand years ” as meaning a thousand days or ...
Page 46
1 Moses is often referred to as the kalim of Allah , that is , the one who talks with
God . See Enc . of Islam , ii , 699 ; iii , 738 f . The “ Interlocutor " is Moses . 2 Tūr -
meaning mountain , is the name which Muslims often use for Mount Sinai , Qur ... 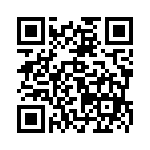