Page 8
WERNER FAMILY COMES TO AMERICA JCW's paternal grandparents , Adam
and Anna Catharine ( Sass ) Werner , came to America from Seifertshausen ,
Germany . Their family , all born in Germany , included six sons and one
daughter ...
Page 35
Mrs. Civilla Ackerman , 90 , who died last Thursday in the kome of her daughter ,
Mrs. Ira Ferner in Berlin , was followed In death Saturday by her husband ,
George Ackerman , 91 . The nonagenarians Were united in marriage May 13 ,
1880 ...
Page 121
Simon's father was Jacob Schmidt , a German immigrant with six sons and two
daughters named in his 1836 will . ... Harriet , the eldest daughter , married
Jonathan D. Lichty , a nсarby German farmer whose wife had died at the birth of
their ... 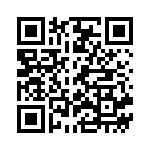