Scott Kaiser caught the Shakespeare bug at the age of fifteen playing Bottom in A Midsummer Nightrsquo;s Dream in high school. He earned a BA in theatre at the University of Michigan, Ann Arbor in 1981, and an MFA from the University of Washington Professional Actor Training Program in 1985. For several years he worked on the West Coast and at Shakespeare festivals around the nation, playing roles such as Pericles, Malvolio, Dromio, Tranio, Sebastian, and Launcelot Gobbo. In 1988 he joined the faculty of Duke University, where he began adapting, directing, and teaching Shakespeare under the guidance of Master Teacher Robert L. Hobbs. In 1991 he traveled to London, where he earned his Advanced Diploma in Voice Studies at the Central School of Speech and Drama. Since that time Scott has coached and taught at numerous theaters and conservatories, including the Guthrie Theater in Minneapolis, The Intiman Theater in Seattle, Rose Bruford College in England, the University of Utah, and the Drsquo;ell Arte School of Physical Theater in Blue Lake, California. Currently, Scott serves as Head of Voice and Text at the Oregon Shakespeare Festival in Ashland where, since 1993, he has coached more than 65 productions, and collaborated as associate director and co-adapter on several shows. Scottrsquo;s first book, Have Shakespeare, Will Travel, published by OSF in 1998, is a collection of four Shakespearean adaptations for three actors which toured high schools throughout the western states as part of OSFrsquo;s School Visit Residency Program. Scottrsquo;s adaptations of Shakespearersquo;s three Henry the Sixth plays were produced at OSF in the 2004 season. Scott co-directed with Artistic Director Libby Appel. nbsp; 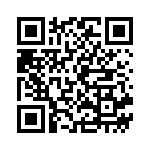