This guide is right on the money. As an illegal gambling researcher, my searches sometimes lead me to some bizzare. This book identifies the cause and effects that continue to influence the Latino's attraction to illegal betting.

Danilo H. Figueredo is the director of the Library and Media Center at Bloomfield College, in New Jersey and has served as executive director of the New Jersey Library Association as well as Latin American bibliographer in the New York Public Library's Reference Libraries. He has a Master of Arts degree in Latin American Literature as well as a Masters in Library Science. He has taught Latino literature courses at Bloomfield College and Montclair State University. He is the author (under the name D. H. Figueredo) of Cuba: An Illustrated Encyclopedia, which will be published by Greenwood in 2002. His work has been published in anthologies and journals and he has lectured at universities and conferences in the New York metropolitan area on Latin American culture and literature. Figueredo is a consultant on Latin American literature to the Boston Public Library, Collier's Encyclopedia, and a number of universities and publishers. 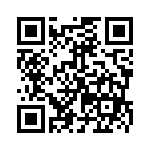