Page 1
8-16, 33-38, 277, Khri-bans, Maga Tho-gon Khagan, the Ha-za, and the Turks.
The Khri-bahs narrative, though certainly not an autograph, since her dates are
within a few years of the invention (c. a.d. 634) of the Tibetan script, is in
substance ...
Page 2
30), that her husband, father of Maga Tho-gon Khagan, was in fact a Turk. The
alliance will have been the first composition between the two powers. The Turk
factor may account for the early defection of the appanage Ha-za state from the ...
Page 64
55) it has been suggested that the term was geographical, the name in fact of that
' Tanut ' country of which the invasion, in a.d. 709-10, by the Northern Turk
khagan Bilga is recorded in an inscription [Thomsen, Inscriptions de l'Orkhon, pp. 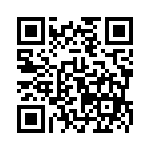