Page 5 - For if thou altogether boldest thy peace at this time, then shall there enlargement and deliverance arise to the Jews from another place; but thou and thy father's house shall be destroyed: and who knoweth whether thou art come to the kingdom for such a time as this...
Appears in 480 books from 1805-2008
Page 7 - If each driver on the route loses 15 minutes, it would make a total loss of time, on the entire route, of 25 hours, or more than one day. If each one loses 10 minutes it would make a loss of 16% hours or the best part of a dav."7 No time was scheduled for meals, crossing ferries, or changing teams, etc. It was necessary, therefore, for the driver to increase his speed over the average per hour in order...
Appears in 4 books from 1942-2003

Stephen Bly was born August 17, 1944, Ivanhoe, California. Bly graduated summa cum laude in Philosophy from California State University, Fresno (1971). He was an American author who wrote over 100 books and many short stories, poems and articles. His books were primarily Western in genre. Bly's book, The Long Trail Home won the 2002 Christy Award in the Western Novel category. Bly had many series that he wrote during his lifetime including: the Rivers of Arizona Series, the Stuart Brannon Western Series, the Lewis and Clark Squad Series and the Horse Dreams Series. On June 9, 2011, Bly died at St. Joseph's Regional Medical Center in Lewiston after a 5-year battle with prostate cancer. He was 66 years old. At the time of his death, he was working on his last fiction book, Stuart Brannon's Final Shot. His wife, Janet, and three adult sons finished the novel for him; it was released in 2012. 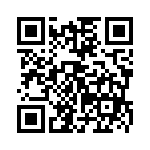