\Robert A. Fink is W. D. and Hollis R. Bond Professor of English and Director of Creative Writing at Hardin-Simmons University in Abilene, Texas. He is the author of several books of poetry, most recently Tracking the Morning. 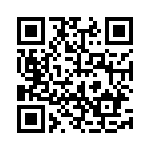