20 other sections not shown

Until 1988, GEORGE NEWLIN spent his professional career combining activities in law and finance with volunteer service in the arts and serious avocational musical performance. He then turned his full attention toward developing his concept for a new kind of literary anthology, beginning with the works of Charles Dickens. He continues his pro bono services in the music field. His previous works include Everyone in Dickens, Volumes I, II, and III (Greenwood, 1995). 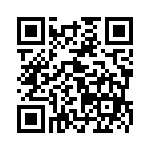