Page 356
Nevertheless Moaviah became one of the secrecaries of Muhammed , after
whose death he was appointed to the government of Syria by Omar , and
confirmed in that station by Osman . After the violent death of this khalif , Moaviah
declared ...
Page 359
an subduing the country of Birak ; on that account he was put to death . On the
tenth day of the Moheram , they go on horseback upon a wide field which is
before their town ; there they make , of earth , image of Hosain who was killed ;
against ...
Page 441
In the meantime , Hossâín Fány ? became a martyr , by the iniquity of the Ostad , “
doctor ” Hossáin , the son of Hassan , the son of Sabah ; our Said ordered , that
he should be put to death by the law of retaliation . About this time , another son ... 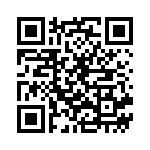