The greatest of the earlier translators of the Bible into English, William Tyndale, died in 1536 as a martyr for his work. Immediately after him, however, translations proliferated: the Bible has now ... Read full review

The Bible in English: its history and influence 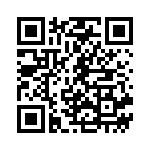