Born in 1834 to landless farmers in Brittany, the young JEAN-MARIE D…GUIGNET was sent out several times a week as a child to beg for his family’s food. After spending his adolescence as a cowherd and a domestic, he abandoned the province for a soldier’s life, avid for knowledge of the wider world. Having grown up speaking only Breton, Dťguinet taught himself Latin, French, Italian and Spanish and read broadly in history, philosophy, politics and literature during his travels. He was sent to fight in the Crimean war, to attend Emperor Napoleon III’s coronation ceremonies, to support Italy’s liberation struggle, and to defend the hapless French puppet emperor Maximilian in Mexico. Eventually Dťguinet returned home to Brittany, where he worked as a farmer and tobacconist before falling back into poverty. He died in 1905.† 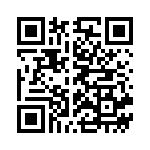