I would like to purchase this 1825 Edition of The American Farmer. The Article about Garrick imported full brsd Devon Bull is an article written by the Baltimore Harford 1st Gatekeeper. John B Brown,
born in Pennsylvania in 1778. He was installed as gate keeper in September of 1817. John B was the gate keeper until 1850. He died November 26, 1853. John B was buried in the Friends Cemetery, Baltimore Maryland across the street from the toll gate on Harford Road. John was a Quaker. His children were Rebecca Brown, Sarah Brown, Mary Brown, John Brown, William Brown,
Benjamin Brown and Henry Brown.
John B Brown was my great great great grandfather and his son John Brown was my great great grandfather. My great great grandfather John joined the Army at Fort Mc Henry in 1834. fought in the Indian Wars, after 5 years was discharged at Fort Jessup in Louisana. John reenlisted at Fort Jessup and fought the Mexican War. He was discharged in Fredericksburg Texas in 1849.
He is not listed on the 1850 census, but on the 60, 70,and 80 census in Bexar County Texas. He married Lucinda Mcullough. Lucinda was 14 yrs old when she married John Brown, he was 42 yrs old. They had a total of 12 living children. They are buried side by side in the Oakely Cemetery in Bexar County, Tx By Sallie Pierdolla 12510 FM 775, La Vernia, Tx 78121, If you are related to John B Brown contact me.

Page 10 - I went by the field of the slothful, and by the vineyard of the man void of understanding ; and, lo, it was all grown over with thorns, and nettles had covered the face thereof, and the stone wall thereof was broken down.
Appears in 904 books from 1611-2008
Page 134 - Where'er the oak's thick branches stretch A broader browner shade; Where'er the rude and moss-grown beech O'er-canopies the glade...
Appears in 313 books from 1799-2007
More
Page 22 - BREATHES there the man, with soul so dead, Who never to himself hath said, This is my own, my native land ? Whose heart hath ne'er within him burned, As home his footsteps he hath turned From wandering on a foreign strand ? If such there breathe, go, mark him well; For him no minstrel raptures swell; High though his titles, proud his name, $ Boundless his wealth as wish can claim, — Despite those titles, power, and pelf, The wretch, concentred all in self, Living, shall forfeit fair renown, And,...
Appears in 1516 books from 1805-2008
Page 189 - Consider the lilies how they grow: they toil not, they spin not; and yet I say unto you, that Solomon in all his glory was not arrayed like one of these.
Appears in 905 books from 1755-2008
Page 214 - Fayette has already for centuries been enrolled. And it shall henceforth burnish into brighter fame : for if, in after days, a Frenchman shall be called to indicate the character of his nation by that of one individual, during the age in which we live, the blood of lofty patriotism shall mantle in his cheek, the fire of conscious virtue shall sparkle in his eye, and he shall pronounce the name of La Fayette.
Appears in 31 books from 1825-2004
Page 185 - In still retreats and flowery solitudes, To nature's voice attends, from month to month, And day to day, through the revolving year; Admiring, sees her in her every shape; Feels all her sweet emotions at his heart; Takes what she liberal gives, nor thinks of more.
Appears in 166 books from 1768-2008
Page 215 - ... good order, the appendage of true freedom, and a national good sense, the final arbiter of all difficulties, I have had proudly to recognize a result of the republican principles for which we have fought, and a glorious demonstration to the most timid and prejudiced minds, of the superiority, over degrading aristocracy or despotism, of popular institutions, founded on the plain rights of man, and where the local rights of every section are preserved under a constitutional bond of union.
Appears in 22 books from 1825-2007
Page 45 - The trunk of an elephant, that can pick up a pin, or rend an oak, is as nothing to it. It can engrave a seal, and crush masses of obdurate metal like wax before it — draw out, without breaking, a thread as fine as gossamer, and lift a ship of war like a bauble in the air. It can embroider muslin, and forge anchors, cut steel into ribands, and impel loaded vessels against the fury of the winds and waves.
Appears in 161 books from 1810-2006
Page 141 - ... a proper posture, and would be still and forbear struggling; yet till you have obtained this experimental confidence in the water, I cannot depend on your having the necessary presence of mind to recollect that posture and the directions I gave you relating to it. The surprise may put all out of your mind.
Appears in 40 books from 1805-2007
Page 176 - Observations on the geology of the United States of America; with some remarks on the effect produced on the nature and fertility of soils, by the decomposition of the different classes of rocks; and an application to the fertility of every state in the union, in reference to the accompanying geological map.
Appears in 83 books from 1817-2007
Less 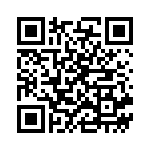