Page 78 - I have given suck, and know How tender 'tis to love the babe that milks me: I would, while it was smiling in my face, Have pluck'd my nipple from his boneless gums, And dash'd the brains out, had I so sworn as you Have done to this.
Appears in 1070 books from 1709-2008
Page 59 - The homely nurse doth all she can To make her foster-child, her inmate, Man, Forget the glories he hath known, And that imperial palace whence he came. Behold the Child among his new-born blisses, A six years...
Appears in 534 books from 1807-2008
More
Page 26 - Many there be that complain of Divine Providence for suffering Adam to transgress; foolish tongues! When God gave him reason, he gave him freedom to choose, for reason is but choosing; he had been else a mere artificial Adam, such an Adam as he is in the motions.
Appears in 413 books from 1780-2008
Page 46 - tis too horrible ! The weariest and most loathed worldly life, ^ That age, ache, penury, and imprisonment Can lay on nature, is a paradise To what we fear of death.
Appears in 1105 books from 1770-2008
Page 72 - There are who ask not if thine eye Be on them; who, in love and truth, Where no misgiving is, rely Upon the genial sense of youth : Glad Hearts! without reproach or blot Who do thy work, and know it not: Oh!
Appears in 636 books from 1807-2008
Page 34 - I was confirmed in this opinion, that he who would not be frustrate of his hope to write well hereafter in laudable things, ought himself to be a true poem...
Appears in 976 books from 1796-2008
Page 104 - Our revels now are ended... These our actors, As I foretold you, were all spirits, and Are melted into air, into thin air, And, like the baseless fabric of this vision, The cloud-capped towers, the gorgeous palaces, The solemn temples, the great globe itself, Yea, all which it inherit, shall dissolve, And, like this insubstantial pageant faded, Leave not a rack behind: we are such stuff As dreams are made on; and our little life Is rounded with a sleep..
Appears in 514 books from 1827-2008
Page 92 - O, what a noble mind is here o'erthrown ! The courtier's, soldier's, scholar's, eye, tongue, sword : The expectancy and rose of the fair state, The glass of fashion and the mould of form, The observed of all observers, quite, quite down!
Appears in 1128 books from 1788-2008
Page 92 - Makes mouths at the invisible event, Exposing what is mortal, and unsure To all that fortune, death and danger dare, Even for an egg-shell.
Appears in 728 books from 1788-2008
Page 24 - The intelligible forms of ancient poets, The fair humanities of old religion, The power, the beauty, and the majesty, That had their haunts in dale or piny mountain, Or forest, by slow stream or pebbly spring, Or chasms, and watery depths ; all these have vanished ; They live no longer in the faith of reason...
Appears in 636 books from 1800-2007
Less

The son of a sea captain, Very was born in Salem, Massachusetts, and spent much of his early childhood at sea with his father. Following his father's death in 1824, he attended public school in Salem, and later, with the help of a tutor, he gained enough education to take a teaching position in Salem in order to earn money for tuition to attend Harvard College. Graduating in 1836, he continued his studies in the Harvard School of Divinity and at the same time served as Tutor in Greek at the College. While at Harvard, Very was subject to moments of religious ecstacy, so that his sanity was questioned by his superiors, and he was briefly committed to a nearby asylum. Returning to Salem without taking a degree from the Divinity School, Very led a retired life, devoting more and more of his time to the study of religion and literature. In 1843 he was finally licensed as a Unitarian preacher, but his shy, other-worldly nature made him either unable or unwilling ever to accept a permanent pastorate. Very was a peripheral follower of Concord Transcendentalism and was much admired by Ralph Waldo Emerson, who saw in Very's commitment to mysticism and literature both nobility and magnanimity of character. Beyond his admiration of Very's character, Emerson was an enthusiastic supporter of his poetry, recognizing in Very's sonnets the intense love of nature, the mystical humility, and the submissive nature that gave to Very's sonnets mystical intensity coupled with a serene control. 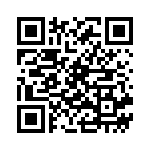