WRITING NEW ENGLAND: An Anthology from the Puritans to the Present

Who and what made New England the nation's intellectual and literary center is apparent in this expansive collection of writings by the abiding masters and luminaries of the day.To illustrate the ... Read full review

Writing New England: an anthology from the Puritans to the present

48 other sections not shown

Andrew Delbanco is the Mendelson Family Chair of American Studies and Julian Clarence Levi Professor in the Humanities at Columbia University. 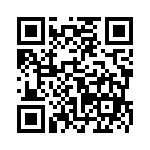