Page 97
Then began the siege . There were at that time in the retrenchment one thousand European officers and men , seven hundred loyal sepoys , six hundred European women and children , and seven hundred Indian servants and coolies ( in all ...
Page 99
siege . The. first lady was Julia Inglis , a daughter of the first Lord Chelmsford , who was only twenty - four then ... Brigadier John Inglis , who commanded the garrison after the death of Henry Lawrence until the end of the siege .
Page 112
Bartrum , Katherine Mary ( 1858 ) , A Widow's Reminiscences of the Siege of Lucknow , London , J. Nisbet . Case , Adelaid ( 1858 ) , Day by Day at Lucknow : A Journal of the Siege of Lucknow , London , Richard Bentley . 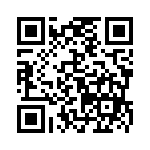