Five short stories: from the entirely forgettable "The Pride of the Village", the readable (but forgettable) "Spectre Bridegroom"; the mildly entertaining "Rip van Winkle" and "Sleepy Hollow" and the ... Read full review

This wasn't that good of a read. While the stories seem driven, the writing feels archaic and insipid. I did not feel a definite connection, or felt the literary appeal, of much of this collection and it was hard to focus in on the details. Overall, not that great of a read. 2 stars. Read full review

Washington Irving was born 3 April 1783 in New York. He trained as lawyer before deciding to pursue a literary career and, with his brother, producing a series of satirical essays and poems. Irving wrote under pseudonyms at first- 'Diedrich Knickerbocker' for 'A History of New York from the Beginning of the World to the End of the Dutch Dynasty', and 'Geoffrey Crayon, Gent.' for 'Sketch Book'. The latter included pieces inspired by his travels to London during his unsuccessful efforts to save the family business from bankruptcy, and Rip Van Winkleand The Legend of Sleepy Hollow, for which he became famous. Irving worked in Spain as a diplomatic attache, where he wrote 'Legends of the Alhambra' in 1832, and London as secretary to the US legation. His final work was a vast biography of George Washington published in 1855. He died on 28 November 1859 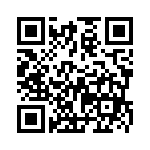