The First World War abruptly propelled the US Army into the 20th Century. One of the main questions was how to deal with new technologies, mainly tanks and aircraft. More specifically, the Army faced ... Read full review

David E. Johnson is a senior research staff member at RAND. A retired U.S. Army field artillery colonel, he served in a variety of command and staff assignments in the United States, Korea, Germany, and Hawaii. His last assignment was at the National Defense University, where he served as Director of Academic Affairs, Chief of Staff, and Professor. 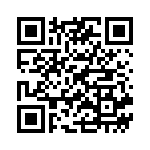