It shows one of the most beautiful analogies I have ever read about why Christ came to earth. Refocuses my mind on Him and how to Let Him live through me. Read full review

Evangelist Billy Graham was born November 7, 1918. He was raised on a dairy farm in Charlotte, North Carolina during the Depression. When he was sixteen, during the fall of 1934, he made a commitment to Christ. Graham graduated from the Florida Bible Institute in 1940 and received and B.A. from Wheaton College in 1943. After graduation from Wheaton College, he married fellow student Ruth McCue Bell, the daughter of a missionary surgeon. Graham was ordained to the ministry by a church in the Southern Baptist Convention in 1939. He was the Pastor of the First Baptist Church in Western Springs, IL from 1943-45. He was also Charter Vice President for Youth for Christ International in Chicago, IL from 1945-50. He was President of Northwestern Schools from 1947-52. In 1950, he founded the Billy Graham Evangelistic Association in Minneapolis and began the weekly "Hour of Decision" radio program. Graham has written numerous books and some of the titles include "World Aflame" (1965), which was on the New York Times and Times Magazines best sellers list, "Angels: God's Secret Agents" (1975), which received the ECPA Platinum Book Award, "The Holy Spirit" (1978), which received the ECPA Gold Book Award, "Approaching Hoofbeats: The Four Horsemen of the Apocalypse" (1983), which received the ECPA Gold Book Award and "Just As I Am" (1997) is an autobiography that tells his story as the son of a dairy farmer whose faith in Christ shaped his career and Nearing Home: Life, Faith, and Finishing Well. In 2013, his title The Reason for My Hope: Salvation made The New York Times Best Seller List. Billy Graham has received an enormous amount of awards throughout his career, which includes being one of the Ten Most Admired Men in the World from the Gallup Poll forty two times, more than any other person in the world. He has also received the Distinguished Service Medal from the Salvation Army, been in Who's Who in America annually since 1954, received the Gold Medal Award from the National Institute of Social Science in 1957, named Big Brother of the Year in 1966, and received the Presidential Medal of Freedom in 1983, which is the highest civilian award, and the Congressional Gold Medal, which is the highest honor Congress can bestow on a private citizen in 1996. He has received many honorary degrees and Presidents have sought out his counsel. He has been honored for his work on behalf of the welfare of children, his efforts to foster better understanding among all faiths, his contributions to race relations and his contributions to the cause of freedom. Billy Graham and his ministry are known throughout the world and have conducted preaching missions in virtually every country of the former Eastern block, including the former Soviet Union. 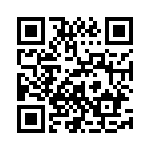