A fascinating book and a very good read. And a good basis for controversy! One reviewer on LibraryThing ("proximity1") attacks it fiercely and at extraordinary length - in truth an essay, rather than ... Read full review

Who was Shakespeare? Why has his writing endured? What makes it so endlessly adaptable to different times and cultures? And how has Shakespeare come to be such a powerful symbol of genius? The Genius ... Read full review

Jonathan Bate is King Alfred the Great Professor of English Literature at the University of Liverpool. He is the author of Shakespeare and Ovid (OUP, 1993), Shakespearean Constitutions (OUP, 1989), and Shakespeare and the English Romantic Imagination (OUP, 1986). Among his edited volumes are Titus
Andronicus (Arden Shakespeare), Romantic Ecology, and The Romantics on Shakespeare. 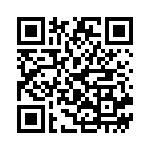