Page
AN ND it came to pass , when men began to multiply on the face of the earth , and daughters were born unto them , 2 That the sons of God saw the daughters of men that they were fair ; and they took them wives of all which they chose .
Page
10 And Noah begat three sons , Shem , Ham , and Japheth . 11 The earth also was corrupt before God , and the earth was filled with violence . 12 And God looked upon the earth , and behold , it was corrupt ; for all flesh had corrupted ...
Page
... did according unto all that the Lord commanded him . 6 And Noah was six hundred years old when the flood of waters was upon the earth . 7 And Noah went in , and his sons , and his wife , and his sons ' wives with him , into the ark ...
Page
18 And Noah went forth , and his sons , and his wife , and his sons ' wives with him : 19 Every beast , every creeping thing , and every fowl , and whatsoever creepeth upon the earth after their kinds , went forth out of the ark .
Page
Joseph being seventeen years old , was feeding the flock with his brethren ; and the lad was with the sons of Bilbah , and with the sons of Zilpah his father's wives ; and Joseph brought unto his father their evil report .
Next » 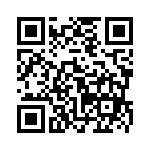