Michael E. Brown is Senior Fellow and editor of Survival at the International Institute for Strategic Studies in London. 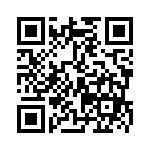