Reviews aren't verified, but Google checks for and removes fake content when it's identified
User Review - Flag as inappropriate

Page 208 - So saying, her rash hand in evil hour Forth reaching to the Fruit, she pluck'd, she eat: Earth felt the wound, and Nature from her seat Sighing through all her Works gave signs of woe, That all was lost.
Appears in 818 books from 1726-2008
Page 41 - Their song was partial, but the harmony (What could it less when spirits immortal sing?) Suspended Hell, and took with ravishment The thronging audience. In discourse more sweet (For eloquence the soul, song charms the sense) Others apart sat on a hill retired, In thoughts more elevate, and reason'd high Of providence, foreknowledge, will, and fate, Fix'd fate, free will, foreknowledge absolute, And found no end, in wandering mazes lost.
Appears in 432 books from 1705-2007
More
Page 30 - Main reason to persuade immediate war Did not dissuade me most, and seem to cast Ominous conjecture on the whole success,* When he who most excels in fact of arms, In what he counsels and in what excels Mistrustful, grounds his courage on despair And utter dissolution, as the scope Of all his aim, after some dire revenge.
Appears in 315 books from 1795-2007
Page 34 - Wants not her hidden lustre, gems and gold ; Nor want we skill or art, from whence to raise Magnificence ; and what can...
Appears in 321 books from 1705-2008
Page 29 - O'er heaven's high towers to force resistless way, Turning our tortures into horrid arms Against the torturer ; when, to meet the noise Of his almighty engine, he shall hear Infernal thunder, and for lightning see Black fire and horror shot with equal rage. Among his angels ; and his throne itself Mix'd with Tartarean sulphur and strange fire, His own invented torments.
Appears in 295 books from 1795-2007
Page 183 - O'er other creatures. Yet when I approach Her loveliness, so absolute she seems And in herself complete, so well to know Her own, that what she wills to do or say, Seems wisest, virtuousest, discreetest, best. All higher knowledge in her presence falls Degraded: wisdom in discourse with her Loses discountenanced, and like folly shows.
Appears in 406 books from 1795-2008
Page 6 - Before all temples th' upright heart and pure, Instruct me, for thou know'st; thou from the first Wast present, and with mighty wings outspread Dove-like sat'st brooding on the vast abyss And mad'st it pregnant: what in me is dark Illumine, what is low raise and support; That to the highth of this great argument I may assert Eternal Providence, And justify the ways of God to men.
Appears in 552 books from 1795-2008
Page 106 - But know, that in the soul Are many lesser faculties, that serve Reason as chief ; among these, fancy next Her office holds ; of all external things, Which the five watchful senses represent, She forms imaginations, airy shapes, Which reason, joining or disjoining, frames All what we affirm or what deny, and call Our knowledge or opinion ; then retires Into her private cell when nature rests.
Appears in 290 books from 1705-2007
Page 55 - Or hear'st thou rather, pure ethereal stream, Whose fountain who shall tell ? Before the sun, Before the heavens thou wert, and at the voice Of God, as with a mantle, didst invest The rising world of waters dark and deep, Won from the void and formless infinite.
Appears in 592 books from 1378-2008
Page 56 - Thus with the year Seasons return, but not to me returns Day, or the sweet approach of even or morn, Or sight of vernal bloom, or summer's rose, Or flocks, or herds, or human face divine ; But cloud instead, and ever-during dark Surrounds me, from the cheerful ways of men Cut off, and for the book of knowledge fair Presented with a universal blank Of Nature's works to me expunged and rased, And wisdom at one entrance quite shut out.
Appears in 602 books from 1795-2008
Less 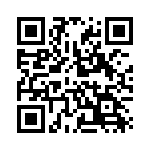