Michael Nadraus joined the Maranatha Baptist Bible College prison ministry in September 1999, becoming president not long after. He oversaw the writing of every death row inmate in America, offering a true relationship, and they wrote back by the masses. Combining that with the years of experience in prison counseling/preaching, he compiled his works for the outside world, which have never been in prison, to see the workings of God in the lives of these inmates. Holding the presidency until graduation, seeing hundreds of inmates lives changed, he wrote the long awaited God on Death Row, giving an insiders view. 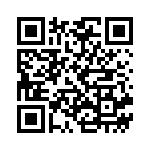