Gifted artist Gerald Murphy and his elegant wife, Sara, were icons of the most enchanting period of our time; handsome, talented, and wealthy expatriate Americans, they were at the very center of the ... Read full review

Everyone was so young

A wonderful non fiction book on artististic anerican expatriates who flocked to Paris during the exciting 1920s. A must read for Francophiles artists and those interested in good read! Read full review

Amanda Vaill is a writer and critic whose articles have appeared in the Washington Post, the Chicago Tribune, and magazines such as Esquire and GQ. Vaill's first book, published in 1998, was a biography of an American couple who were part of the Paris "Lost Generation" in the 1920s. In Everybody Was So Young: Gerald and Sara Murphy, A Lost Generation Love Story, Vaill focuses mainly on those years in France, when the Murphys were at the center of a artistic circle that included Pablo Picasso, Igor Stravinsky, Ernest Hemingway, and F. Scott Fitzgerald. (Fitzgerald used the Murphys as models for the characters Nicole and Dick Driver in Tender is the Night.) Amanda Vaill lives in New York. Before becoming a full-time writer, she was an executive editor at the Viking Penguin publishing house. 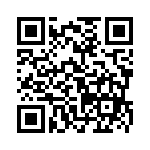