Christian Nephi Anderson (January 22, 1865 - January 6, 1923) was a prolific LDS author and the most well-known from the "Home Literature" period of LDS fiction. (Wikipedia) 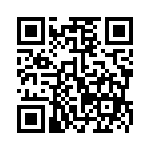