Benjamin Disraeli was born in London, England on December 21, 1804. His first novel, Vivien Grey, was published in 1826. His other works include The Voyage of Captain Popanilla, Contarini Fleming, A Year at Hartlebury, Coningsby, Sybil, Tancred, and Lothair. He became England's first and only Jewish prime minister, serving from 1867 to 1868 and again from 1874 to 1880. He is best remembered for bringing India and the Suez Canal under control of the crown. During his second term of office, when he was knighted, he took a name from his first novel and became the first Earl of Beaconsfield. He died on April 19, 1881 at the age of 76. 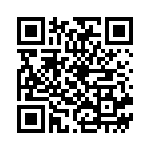