ALAN HAGER is Professor of English at the State University of New York at Cortland and author of Major Tudor Authors: A Biocritical Sourcebook (Greenwood, 1997). 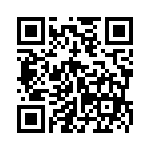