Page xvi
When the One becomes the “ heir of all ” , or , as St. Paul says , when He is “ all in
all ” ( panta en pasin ) , Şūfis look for an immortality of an impersonal character ,
concentrated in the One . Lastly , metempsychosis is condemned by Şüfi ...
Page 7
Wherefore philosophers say that when the reasonable soul adorns itself with
exact and faithful impressions of realities , and appropriates to itself the true
character of such realities , it becomes such as if it were itself altogether essential
Being .
Page 61
... after completing its ascent into that region of being which , from its very
sublimity , is to the impotent human intellect a region of obscurity , becomes
completely passive , the voice is stilled , and man becomes united with the
Ineffable Being . 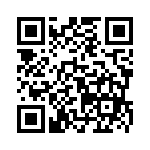