Page 147
Elevations are also referred to by their placement - side , front , rear - or by their
directional names : north , south , east , or west . But façades and elevations
should be seen both as whole units , each systematically designed with vertical ...
Page 189
Oval windows were applied to elevations , while bay windows , which had been
present throughout the development of the cottage , continued to appear on
façades and side elevations . The side - hall plan that had been traditional
sometimes ...
Page 242
It was intended to be an imposing building with a strong overall shape , solid
massing , and firm lines on both its elevations . It was rarely uniform in size , for
one elevation was often larger than the other , and one might have been
designed ...

16 other sections not shown 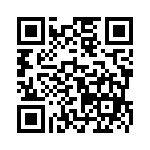