Page 20
When , according to their low disposition , they descend to the state of brutes ,
they become animals , which the Hindus call Galharí , “ squirrel ; " and when
transformed into vegetables , they become striped pumpkins , or weak jujube -
trees ...
Page 163
word , when written down , becomes a book ; a command which is brought 10
pass becomes an action ; and this is , with these believers , the meaning of the
words : Run fa yakun .. “ ( God said ) • Let it be , and it was . ” The world of
command ...
Page 258
If they have not arrived in this land on the said day , they have not accomplished
the pilgrimage , they have not become pilgrims nor fulfilled their desire . If this
matter be well understood , it necessarily follows that the land of Arisát signifies
the ... 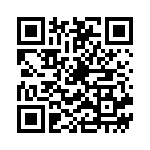