Page i
It is impossible to peruse Varthema's narrative and not feel a conviction that the
writer is telling the truth , that he is recording events which actually took place ,
and describing men , countries and scenes which he had examined with his own
...
Page xxix
... Moslems believe to issue from the sepulchre of their Prophet , as firmly as
pious Christians of the Greek rite believe in the fable of the Holy Fire as it is
manufactured at Jerusalem . The discussion which took place on this subject
between the.
Page xxx
The discussion which took place on this subject between the Captain of the
Mamlűks and certain Sherîfs of the Mosque reveals the renegade's general
disbelief in Muhammedanism ; though it may well be doubted whether such an
unreserved ...
Page xxxii
In the month of Zul ' Käadah of this year , [ corresponding with parts of May and
June , A.D. 1500 , ] a battle took place between the Sherîf Haza'a bin Muhammed
bin Barakât and his brother Barakât ibn Muhammed , the lord of the Hijâz ...
Page xxxiii
Barakât took refuge in Juddah , and Hazä'a entered Meccah with the Egyptian
escort ; but the city became much disturbed , outrages and fear increased on the
roads , and the pilgrims who had come by sea returned home ; consequently the
...
Next »

a two volume travelogue written in c1750. Interesting, but not to be read in its full mind-numbing details. Read full review

Page 250 - Che m' avea contristati gli occhi, e 'l petto. Lo bel pianeta, ch' ad amar conforta, Faceva tutto rider l' Oriente, Velando i Pesci, ch' erano in sua scorta. I' mi volsi a man destra, e posi mente All' altro polo, e vidi quattro stelle Non viste mai, fuor ch
Appears in 213 books from 1797-2007
Page 202 - Birman nobility is very becoming ; it consists of a long robe either of flowered satin or velvet, reaching to the ankles, with an open collar and loose sleeves; over this there is a scarf, or flowing mantle, that hangs from the shoulders, and on their heads they wear high caps made of velvet, either plain, or of silk embroidered with flowers of gold, according to the rank of the wearer.
Appears in 18 books from 1758-1948
More
Page 137 - In the midst of this chapel there is a devil made of metal, placed in a seat also made of metal. The said devil has a crown made like that of the papal kingdom, with three crowns; and it also has four horns and four teeth, with a very large mouth, nose, and most terrible eyes. The hands are made like those of a flesh-hook, and the feet like those of a cock; so that he is a fearful object to behold.
Appears in 13 books from 1863-2003
Page 94 - In this town are merchants of all Nations and many Moors and Gentiles. Here is very great trade of all sorts of spices, drugs, silk, cloth of silk, fine tapestry of Persia*, great store of pearls, which come from the Isle of Baharim and are the best pearls of all others, and many horses of Persia, which serve all India'.
Appears in 13 books from 1814-2006
Page 109 - The common people go quite naked, with the exception of a piece of cloth about their middle.
Appears in 16 books from 1863-2004
Page 36 - Rahme, or the Mountain of Mercy, rises on the north-east side of the plain, close to the mountains which encompass it, but separated from them by a rocky valley ; it is about a mile, or a mile and a half in circuit ; its sides are sloping, and its summit is nearly two hundred feet above the level of the plain. On the eastern side...
Appears in 10 books from 1829-1997
Page vi - Itinerario de Ludovico de Verthema Bolognese ne lo Egypto, ne la, Suria, ne la Arabia Deserta & Felice, ne la Persia, ne la India : & ne la Ethiopia, sm.
Appears in 51 books from 1855-2002
Page 193 - Even after centuries of neglect, the beds of many of these tanks cover areas of from ten to fifteen miles in circumference. They are now generally broken and decayed ; the waters which would fertilise a province are allowed to waste themselves in the sands, and hundreds of square miles capable of furnishing food for all the inhabitants of Ceylon are abandoned to solitude and malaria, whilst rice for the support of the non-agricultural population is annually imported from the opposite coast of India.
Appears in 8 books from 1859-2008
Page 141 - And when the king takes a wife he selects the most worthy and the most honoured of these Brahmins and makes him sleep the first night with his wife, in order that he may deflower her. Do not imagine that the Brahmin goes willingly to perform this operation. The king is even obliged to pay him four hundred or five hundred ducats.
Appears in 14 books from 1863-2003
Page 35 - The city is most beautiful, and is very well inhabited, and contains about 6,000 families. The houses are extremely good, like our own, and there are houses worth three or four thousand ducats each. This city is not surrounded by walls. A quarter of a mile distant from the city we found a mountain where there was a road cut by human labour.
Appears in 9 books from 1863-2003
Less 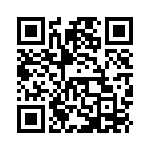