Haideh Moghissi is an associate professor of sociology and women's studies at Atkinson College, York University, Toronto. Before leaving Iran 1984, she was a senior archivist in the Iran National Archives. She was a founder of the National Union of Women and member of its first executive board and the editorial board of Barabari (Equality) and Zanan Dar Mobarezeh (Women in Struggle). 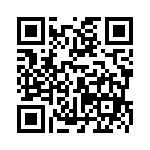