Page 38
THE HALL OF MIRRORS , AT VERSAILLES . Here the King of Prussia was proclaimed German Emperor in 1871 , and here , in June , 1919 , was signed the Peace which sealed the death - warrant of Imperial Germany .
Page 345
House , the Monument , the College of Physicians , and various Companies ' Halls , to say nothing of the ... Of important buildings before the Fire , Westminster Abbey , Westminster Hall , the Temple Church , the Tower , and a few City ...
Page 363
The College Hall of Christchurch is amazingly impressive with its roof beams , sculptured coats - of - arms and pictures by Old Masters ; it is surpassed only by Westminster Hall and the great hall of Hampton Court ; and here Parliament ... 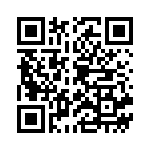