William Shakespeare (1564-1616) was born to John Shakespeare and mother Mary Arden some time in late April 1564 in Stratford-upon-Avon. He wrote about 38 plays (the precise number is uncertain), a collection of sonnets and a variety of other poems.


Stanley Wells is Emeritus Professor of the University of Birmingham and Chairman of the Shakespeare Birthplace Trust.

Kiernan Ryan is Professor of English at Royal Holloway, University of London, and a Fellow of New Hall, University of Cambridge. He is the author of Shakespeare (3rd edn, 2002) and the editor of King Lear: Contemporary Critical Essays (1992) and Shakespeare: The Last Plays (1999). 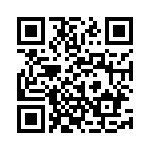