Joanna Brooks is Assistant Professor of English at the University of Texas at Austin and the author of American Lazarus: Religion and the Rise of African-American and Native-American Literatures (Oxford, 2003), winner of the 2003 Modern Language Association William Sanders Scarborough Prize for best book in African-American literature and culture. Robert Warrior is Edith Kinney Gaylord Presidential Professor at the University of Oklahoma. His books include The People and the Word: Reading Native Nonfiction, American Indian Literary Nationalism, and Tribal Secrets: Recovering American Indian Intellectual Traditions . 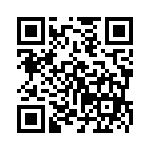