Page 73
we must bear in mind that she may simply have used the 1926 German abridged
edition . She does pay tribute , in her preface , both to Bachofen and to Brif . fault .
The reader of Diner or Davis is likely to receive the impression that Bachofen ...
Page 85
Bearing in mind , then , that we are talking not about " inner space ” as some
determinant of woman ' s proper social function , but about primordial clusters of
association , we can see the extension of the woman / vessel association . ( It
must ...
Page 280
When we think of the institution of motherhood , no symbolic architecture comes
to mind , no visible embodiment of authority , power , or of potential or actual
violence . Motherhood calls to mind the home , and we like to believe that the
home ...

Adrienne Cecile Rich was born in Baltimore, Maryland on May 16, 1929. In 1951 she graduated from Radcliffe College and was selected for the Yale Series of Younger Poets prize by W.H. Auden. She began teaching for City College of New York in 1968, and was also a lecturer and adjunct professor at Swarthmore College and Columbia University School of the Arts. She taught in CUNY's basic writing program during the early 1970s. In the 1970s, she started to be active in the women's liberation movement. Her work has been characterized as confrontational, treating women's role in society, racism, and the Vietnam War. In addition to many collections of poetry, she has also written several books of nonfiction prose, such as Arts of the Possible: Essays and Conversations, What is Found There: Notebooks on Poetry and Politics, and Of Woman Born: Motherhood as Experience and Institution. Her last poetry collection was entitled Tonight No Poetry Will Serve: Poems 2007-2010. She has won numerous literary awards, including the 1986 Ruth Lilly Poetry Prize, the 1992 Poets' Prize, the 1997 Wallace Stevens Award of the Academy of American Poets, the 2004 National Book Critics Circle Award in Poetry, and the 2006 National Book Foundation Medal of Distinguished Contribution to American Letters. She has also received the Bollingen Prize, the Lannan Lifetime Achievement Award, the Academy of American Poets Fellowship, the Lenore Marshall Poetry Prize, and a MacArthur Fellowship. In 1974, she refused to receive as an individual the National Book Award for Poetry, instead accepting it on behalf of all silenced women. She also refused the National Medal of Arts in 1997, stating that "I could not accept such an award from President Clinton or this White House because the very meaning of art, as I understand it, is incompatible with the cynical politics of this administration." In 2012, she won the Lifetime Recognition Award from the Griffin Poetry Prize. She died from long-term rheumatoid arthritis on March 27, 2012. 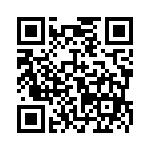