Page 63
Hari - varman also states that the Brāhmaṇa has six sorts of duty , the Kşattriya
four sorts , the Vaiśya three sorts , and the Sūdra one , according to a Dharma -
sūtra , ” and that it is not sin , but a cause of good rewards , for the Kșattriya to kill
...
Page 87
The existence of self can never be proved by any sort of pramāņa ; that is to say ,
existence is not proved by perception or by inference . Inference is reasoning ...
There are three sorts of inference , pūrvavat , seşavat , and sāmänyato drșța .
Page 152
Cognition in V . S . is divided into two sorts , perception ( pratyakşa ) and
inference ( anumāna ) . The latter is called laingika in V . S . These two sorts of
cognition are the pramāṇas , and the system does not acknowledge other sorts
of ...

19 other sections not shown 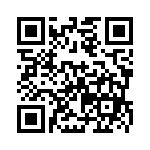