Page 129 - To die, to sleep; To sleep, perchance to dream ; ay, there's the rub, For in that sleep of death what dreams may come When we have shuffled off this mortal coil Must give us pause...
Appears in 962 books from 1390-2008
Page 77 - It is that our normal waking consciousness, rational consciousness as we call it, is but one special type of consciousness, whilst all about it, parted from it by the filmiest of screens, there lie potential forms of consciousness entirely different.
Appears in 322 books from 1895-2008
More
Page 98 - In the year that King Uzziah died I saw the Lord sitting upon a throne, high and lifted up; and his train filled the temple.
Appears in 329 books from 1798-2008
Page 175 - Come, O blessed of my Father, inherit the kingdom prepared for you from the foundation of the world; for I was hungry and you gave me food, I was thirsty and you gave me drink, I was a stranger and you welcomed me, I was naked and you clothed me, I was sick and you visited me, I was in prison and you came to me.
Appears in 1167 books from 1828-2008
Page 187 - In this the love of God was made manifest among us, that God sent his only Son into the world, so that we might live through him.
Appears in 288 books from 1791-2008
Page 194 - ... height nor depth, nor anything else in all creation, will be able to separate us from the love of God that is in Christ Jesus our Lord.
Appears in 560 books from 1810-2008
Page 194 - He who did not withhold his own Son, but gave him up for all of us, will he not with him also give us everything else?
Appears in 224 books from 1901-2008
Page 171 - Blessed be the God and Father of our Lord Jesus Christ, who has blessed us in Christ with every spiritual blessing in the heavenly places...
Appears in 285 books from 1856-2008
Page 78 - If I speak in the tongues of mortals and of angels, but do not have love, I am a noisy gong or a clanging cymbal.
Appears in 161 books from 1883-2008
Less

Bruce Wilson is a theologian and social scientist who has also completed post-graduate studies in English literature on the novels of D H Lawrence. A former university chaplain, parish priest of Paddington in inner-city Sydney and head of the Anglican Church's theological college in Canberra, Wilson is currently the Anglican bishop of the central-western, rural diocese of Bathurst. Wilson describes himself as 'not very religious but spiritual to the genes.' He is also the author of the award winning Can God Survive in Australia? He is married and has two adult children...Two of Bruce's passions are justice for Australian Aborigines and ecumenical relations both between the different churches and between Christianity and other religions. For many years he was Chair of the Reconciliation Task Force of the National Council of Churches in Australia, and in 1997 he ordained Australia's first Aboriginal woman priest, Gloria Shipp. 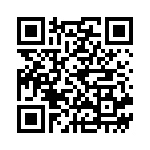