9 other sections not shown

Winston Leonard Spencer Churchill was born at Blenheim Palace on November 30, 1874 and educated at Harrow and Sandhurst. His military service included periods spent in Cuba, India, the Sudan, and in France during World War I. He became a Member of Parliament in 1900 and held many high offices of state under four different prime ministers. He was the Prime Minister of Great Britain during World War II. Churchill's writing career began with campaign reports including The Story of the Malakand Field Force and The River War. In 1900, he published his only novel Savrola. His other works include Lord Randolph Churchill; Marlborough, a four-volume biography of his ancestor the 1st Duke of Marlborough; The World Crisis, a four-volume history of World War I; The Second World War, a six-volume history; and A History of the English. History of the English-Speaking Peoples, a six-volume work was completed toward the end of his life. In 1953, Churchill received the Nobel Prize for Literature, in recognition of his extensive writing as well as for his speeches throughout his career as a statesman. That same year, he was knighted by Queen Elizabeth II. He died on January 24, 1965 at the age of 90. 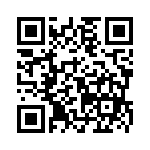