Bonnie Honig is Professor of Political Science at Northwestern University and Senior Research Fellow at the American Bar Foundation. She is author of Political Theory and the Displacement of Politics and editor of Feminist Interpretations of Hannah Arendt. 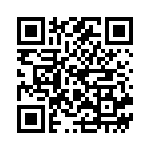