Garland Cannon is Professor of English and Linguistics at Texas A&M University, editor of The Letters of Sir William Jones, and author of the definitive biography, The Life and Mind of Oriental Jones. 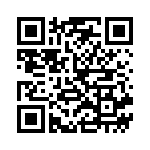