Denisa Kostovicova is a Research Fellow at the London School of Economics and Political Science. She has published articles on nationalism and post-war reconciliation in the Balkans and on the challenges of the region's integration with Europe. 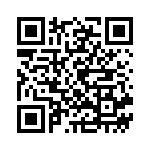