John Wesley, 1703 - 1791 English theologian John Wesley was born the 15th child, in the rectory at Epworth, Lincolnshire on June 17, 1703, to clergyman Samuel Wesley. He was also an evangelist and the founder of Methodism. He was educated at Charter House School and Christ Church, University of Oxford. He was ordained deacon in 1725 and admitted to the priesthood of the Church of England in 1728. In 1729, he went into residency at Oxford as a fellow of Lincoln College. While at Lincoln College, Wesley joined a group called the Holy Club, which included his brother Charles and George Whitefield, who later founded Calvinistic Methodism. It was a group of students that adhered strictly and methodically to religious precepts and practices by visiting prisons and comforting the sick, and their schoolmates called them "Methodists." In 1735, he went to Georgia as an Anglican missionary and met some German Moravians on the ship. He associated with them while in Savannah, Georgia and translated some of their hymns into English. While attending one of the Moravian's meetings on the return trip to England, he experienced a religious awakening. In 1739, Wesley joined George Whitefield in his evangelical endeavors. He preached an open-air sermon outside the church and received an enthusiastic reaction, which convinced him that this form of preaching was the most effective way to reach the masses. The Anglican Church frowned on revivalism. He attracted immense crowds because of his assurance that each person was accepted as a child of God, which was something the Anglican Church was unable to offer. On May 1, 1739, Wesley and a group of his followers formed the first Methodist society. Two similar societies were established in Bristol, and in late 1739, the London society began meeting in a building called the Foundry, which served as the headquarters of Methodism for many years. In 1740, Wesley parted with the Moravians and Whitefield because of doctrinal disagreements and the Calvinist doctrine of predestination. He also discarded many of the tenets of the Church of England, which made separation inevitable. In an effort for tighter organization of a growing Methodist movement, the societies were divided into classes, in 1742, with a leader for each class. Wesley called the first conference of the Methodist leaders in 1744 and the conferences were held annually thereafter. In 1751, he married Mary Vazeille who was a widow with four children. Their marriage eventually failed. In 1784, he issued the deed of declaration, which provided rules and regulations for the guidance of the Methodist societies, and appointed his aide Thomas Coke, an Anglican clergyman, superintendent of the Methodist organization in the United States. This empowered him to administer the sacraments with other ordinations following. The ordination was the largest step in breaking with the Anglican Church, but separation did not happen until after Wesley's death. Wesley compiled 23 collections of hymns, edited a monthly magazine, and translated Greek, Latin, and Hebrew works. He edited, under the title "The Christian Pattern," the medieval devotional work "De Imitatione Christi," generally ascribed to Thomas a` Kempis. In the latter part of Wesley's life, the hostility between the Anglican Church and Methodism had all but disappeared, and he was greatly admired. On March 2, 1791, Wesley died and was buried in the graveyard of City Road Chapel, London. In Westminster Abbey is a memorial plaque inscribed with his name. 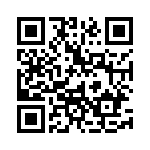