If you liked Rendezvous with Rama, skip this unless you're the world's biggest fan of Gentry Lee. An almost completely unrelated book, this is filled with third-grade soap opera and constant, petty ... Read full review

One of the best SF books that I read this year. Clarke, with Lee's input, writes a well rounded story. His early works were good but this is one of his best. It really provides a mix of hard SF and ... Read full review

Arthur C. Clarke has long been considered the greatest science fiction writer of all time and was an international treasure in many other ways, including the fact that an article by him in 1945 led to the invention of satellite technology. Books by Clarke--both fiction and nonfiction--have sold more than one hundred million copies worldwide. He died in 2008. 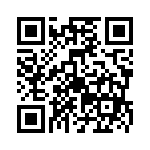