Page 377
The plan of the vault being square , the base ed will be double Eg = KL of the
section ; and the area of the triangle e Ed ... 12061 , the superior effort being
i7104 , their difference is 504 , which being multiplied by the thickness of the vault
, or 9 ...
Page 380
semicircular cylindrical vault , whose length is equal to its diameter , the area of
the two parallel walls is 4698 . II . ... In respect of the opening of these vaults ,
which is the same for all the examples , taking the area of the circular wall for the
...
Page 387
positing of the stones of the vault between the ribs , which , instead of being
parallel to each side of the plan , as in Roman groined vaults , take a mean
direction between the groined rib and the ribs of the arches over the sides ;
whence they ... 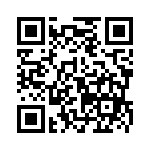