The Oxford book of humorous prose: from William Caxton to P. G. Wodehouse: a conducted tour

The last piece of subtitle data tells what this hefty book is all about. It is neither a reference book of the "treasury'' or "thesaurus'' type nor a true anthology. It is, rather, a leisurely stroll ... Read full review

79 other sections not shown

About the Editor:
Frank Muir is a well-known British TV personality and author of the best-selling The Frank Muir Book. 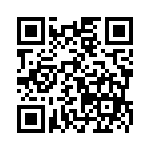