Page 88 - For women no (sacramental) rite (is performed) with sacred texts, thus the law is settled; women (who are) destitute of strength and destitute of (the knowledge of) Vedic texts, (are as impure as) falsehood (itself), that is a fixed rule.
Appears in 74 books from 1817-2006
Page 89 - Women must be honoured and adorned by their fathers, brothers, husbands, and brothers-inlaw, who desire their own welfare. Where women are honoured, there the gods are pleased; but where they are not honoured, no sacred rite yields rewards.
Appears in 117 books from 1886-2007
More
Page 14 - Then the earth was rent and parted, and a golden throne arose, Held aloft by jewelled Nagas as the leaves enfold the rose, And the Mother in embraces held her spotless sinless Child, Saintly Janak's saintly daughter, pure and true and undefiled, Gods and men proclaim her virtue! But fair Sita is no more, Lone is Rama's loveless bosom and his days of bliss are o'er!
Appears in 27 books from 1900-2006
Page 4 - Desire entered the One in the beginning: It was the earliest seed, of thought the product. The sages searching in their hearts with wisdom, Found out the bond of being in non-being. Their ray extended light across the darkness: But was the One above or was it under? Creative force was there, and fertile power: Below was energy, above was impulse.
Appears in 36 books from 1928-2004
Page 4 - Non-being then existed not nor being: There was no air, nor sky that is beyond it. What was concealed ? Wherein ? In whose protection ? And was there deep unfathomable water? Death then existed not nor life immortal; Of neither night nor day was any token. By its inherent force the One breathed windless: No other thing than that beyond existed. Darkness there was at first, by darkness hidden; Without distinctive marks, this all was water. That which, becoming, by...
Appears in 56 books from 1928-2004
Page 8 - In this ill-smelling body, which is a conglomerate of bone, skin, muscle, marrow, flesh, semen, blood, mucus, tears, rheum, feces, urine, wind, bile, and phlegm, what is the good of enjoyment of desires....
Appears in 29 books from 1935-2004
Page 4 - None knoweth whence creation has arisen; And whether he has or has not produced it : He who surveys it in the highest heaven, He only knows, or haply he may know not.
Appears in 54 books from 1928-2005
Page 89 - Let the (husband) employ his (wife) in the collection and expenditure of his wealth, in keeping (everything) clean, in (the fulfilment of) religious duties, in the preparation of his food, and in looking after the household utensils.
Appears in 24 books from 1886-2007
Page 97 - His enemy must not know his weaknesses, but he must know the weaknesses of his enemy; as the tortoise (hides its limbs), even so let him secure the members (of his government against treachery), let him protect his own weak points.
Appears in 17 books from 1829-2005
Page 11 - SWAYAMBHU of all creatures, was his dearest, holiest part, For his Rama strong and stately was his eldest and his best, Void of every baser passion and with every virtue blest! Soft in speech, sedate and peaceful, seeking still the holy path, Calm in conscious worth and valour, taunt nor cavil waked his wrath. In the field of war excelling, boldest warrior midst the bold, In...
Appears in 9 books from 1899-2002
Less 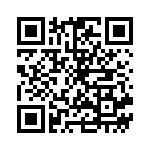