Mark Dooley is Newman Scholar in Theology at the University College Dublin.

Academician John D. Caputo (b.1940) specializes in continental philosophy, described as the interaction among 20th century French and German philosophy and religion. He has written a number of scholarly books including The Mystical Element in Heidegger's Thought (1978), Heidegger and Aquinas (1982), Demythologizing Heidegger (1993), Against Ethics (1993), and The Prayers and Tears of Jacques Derrida (1997). Caputo has been honored in Dublin and Toronto, where conferences have been organized around his work. Caputo is professor of philosophy at Villanova University in Pennsylvania, where he received his M.A. in 1964. Other degrees include a B.A. from LaSalle College (1962) and a Ph.D. from Bryn Mawr (1968).

English philosopher Simon Critchley was born on February 27, 1960. He earned his BA (1985) and PhD (1988) from the University of Essex in England. Critchley received his M.Phil. from France's University of Nice in 1987. Critchley has held university fellow, lecturer, reader, and professor positions and was the Director of the Centre for Theoretical Studies at the University of Essex. Additionally, Critchley was President of the British Society for Phenomenology from 1994-1999, he held a Humboldt Research Fellowship in Philosophy at the University of Frankfurt, and was Programme Director of the Collčge International de Philosophie. Since 2004 Critchley has taught philosophy at the New School for Social Research in New York. Critchley's publications include "The Ethics of Deconstruction: Derrida and Levinas," the collection of essays "Ethics-Politics-Subjectivity," "Continental Philosophy: A Very Short Introduction," "On Humour," "Things Merely Are," "Infinitely Demanding," and the New York Times bestseller "The Book of Dead Philosophers".

Jacques Derrida was born in El-Biar, Algeria on July 15, 1930. He graduated from the École Normal Supérieure in 1956. He taught philosophy and logic at both the University of Paris and the École Normal Supérieure for around 30 years. His works of philosophy and linguistics form the basis of the school of criticism known as deconstruction. This theory states that language is an inadequate method to give an unambiguous definition of a work, as the meaning of text can differ depending on reader, time, and context. During his lifetime, he wrote more than 40 books on various aspects of deconstruction including Of Grammatology, Glas, The Postcard: From Socrates to Freud and Beyond, and Ulysses Gramophone: Hear Say Yes in Joyce. He died of pancreatic cancer on October 9, 2004 at the age of 74. 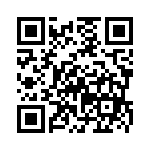