Susan L. Mizruchi is Professor of English and American Studies at Boston University. She is the author of The Power of Historical Knowledge: Narrating the Past in Hawthorne, James, and Dreiser and The Science of Sacrifice: American Literature and Modern Social Theory (both Princeton). She is a Guggenheim fellow for 2001-2001. 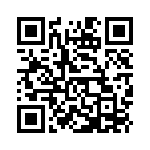