Page 129
Politically , his was a generation formed after Khrushchev , Hungary , the Sino -
Soviet split , the peace movement and the Cuban Missile crisis : a generation that
was openly critical of , if not hostile to , Soviet communism . During the early ...
Page 150
10 Similarly , Lesson Four , ' The Struggle for Peace ' , taught about the rapid
social and economic progress achieved in those ' popular democracies liberated
by the Red Army ' . These courses portrayed the world , in black - and - white
terms ...
Page 160
The class struggle was once more clearly inevitable , the ' reality ' behind the
false appearance of peace , of freedom for the working class within the
framework of parliamentary liberalism . 53 Finally , in State and Revolution ,
Lenin expanded ... 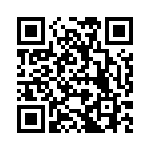